My head is still spinning from a social media workshop I recently attended. Such a steep learning curve! As writers, we all know we need a social platform, but establishing one that works takes time and effort. I’ve got a grip on blogging (I think!) but that’s only scratching the surface. 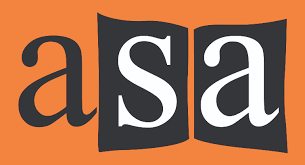 The Australian Society of Authors

The workshop was called Advanced Facebook and Twitter for Authors and Illustrators, held by the Australian Society of Authors: https://asauthors.org/. It was run by Steven Lewis, a social media expert: http://blog.taleist.com/.

Until recently, most of my work has been for the educational market. All I really needed was a website. Basically an electronic CV for publishers to check me out, and to give potential writing students an idea of my teaching approach. But now that I’m entering this shiny new world of fiction, it’s no longer enough. I need to explore facebook and twitter.

Steven stressed that writers need to ask themselves why people would want to follow them on social media. What can you say that your followers would find interesting or valuable? When and where should you say it? And while we’re at it, who are your followers, anyway? Think about who your audience is and what they want from you. Also think of your image, and how you want the world to see you.

A writer’s social media platform can be compared to a wheel. Your website/blog sits at the centre, or hub. The spokes are facebook, twitter, google +, pinterest, tumblr and so forth. Essentially, they work to drive visitors to your website, where the most detailed information about you can be found.

This takes the most work, in terms of time and commitment. Blogs require thought and care. Don’t just dash off a few careless words; give your followers something of value. Make it visually appealing by adding eye-catching photographs (that’s a pretty wheel, huh?) You can judge which posts are the most effective by the responses/views that you receive.

This one wasn’t too hard for me. Like many people, I’ve had a personal facebook profile for years, so at least it’s familiar territory. Setting up an author’s page was easy enough. I’ve set it so my blog posts automatically get shared on my facebook page. I also share things I think followers will find interesting or useful. Information about writing competitions, workshops, upcoming events. Funny comic strips about reading, writing, things we can all relate to. It’s recommended that you put something up on facebook 3 to 5 times a week. Easy – just try and stop me!

Facebook is great because it’s interactive and informal. You can have a chat and a laugh with your fans. However, I didn’t know about ‘reach’. Just because people ‘like’ your facebook page, it doesn’t mean your posts will go to all of their feeds. If people don’t interact with your page regularly (like/comment/share), they eventually stop seeing it. Bummer.

Twitter doesn’t have this problem. It seems to be the way to go – for now, at least. But I must admit I feel intimidated by having to tweet so regularly: 3 to 5 times a day! I really don’t know what to say – which surprises my family, who think I already talk too much. But … do you really want to know what I had for breakfast? (It was banana and yoghurt, in case you answered yes.)

From what I’ve gathered, twitter is not that hard. Again, it’s information sharing. I’ve set up a twitter account, but decided not to start tweeting just yet. I’ll lurk for a while, watching others. Not in a crazed stalker sort of way, mind you. More in a feeling-my-way-around sort of way. I’m following writers I admire, looking and learning. One day I’ll add my voice to the echoing abyss … Any advice you have would be much appreciated …

Steven Lewis also described several tools that work with facebook and twitter to achieve better results. I think I need to play around with them a bit before I try to describe them to you. In the meantime, go along to one of his workshops if you get the chance. It made my head spin, but I learnt a great deal!

3 thoughts on “Social media for writers”